The views expressed in this proposal are those of the author alone.

The following are my personal thoughts and method, to remove gigatons of CO2 from the South Pacific Ocean. Reducing not only the acidity of the ocean but also reducing atmospheric CO2. The method of removing the CO2 would be a vast floating and slowly drifting, kelp forest ecosystem between New Zealand and South America.

The key to growing the free-floating kelp forest ecosystems, would be individual bamboo kelp buoys. The kelp buoys carrying the iron and other minerals required by the growing kelp plants. The bamboo buoys would also enable the attached juvenile kelp plants to stay afloat.

To save the oceans and ultimate to save the planet, the fishing industries need to evolve into large scale aquaculture.

These transitional phases being funded by the United Nations, the World Bank, etc. 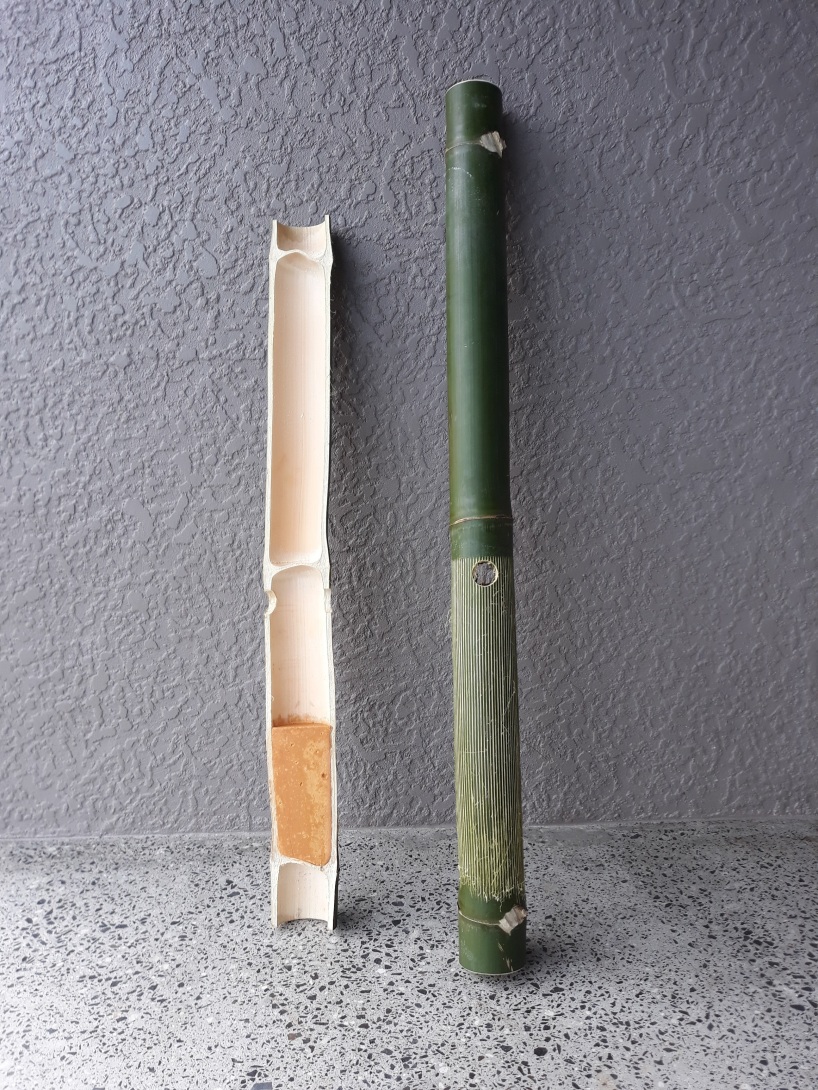 Abstract: The photo above: The kelp buoy on the left has been sectioned to show minerals in the lower chamber. 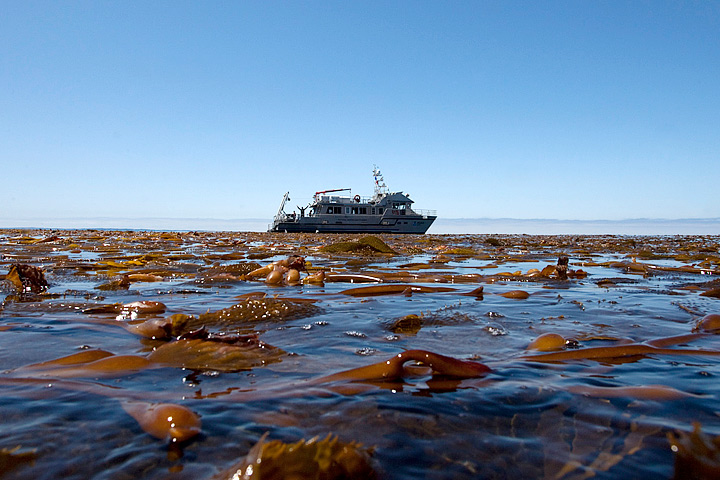 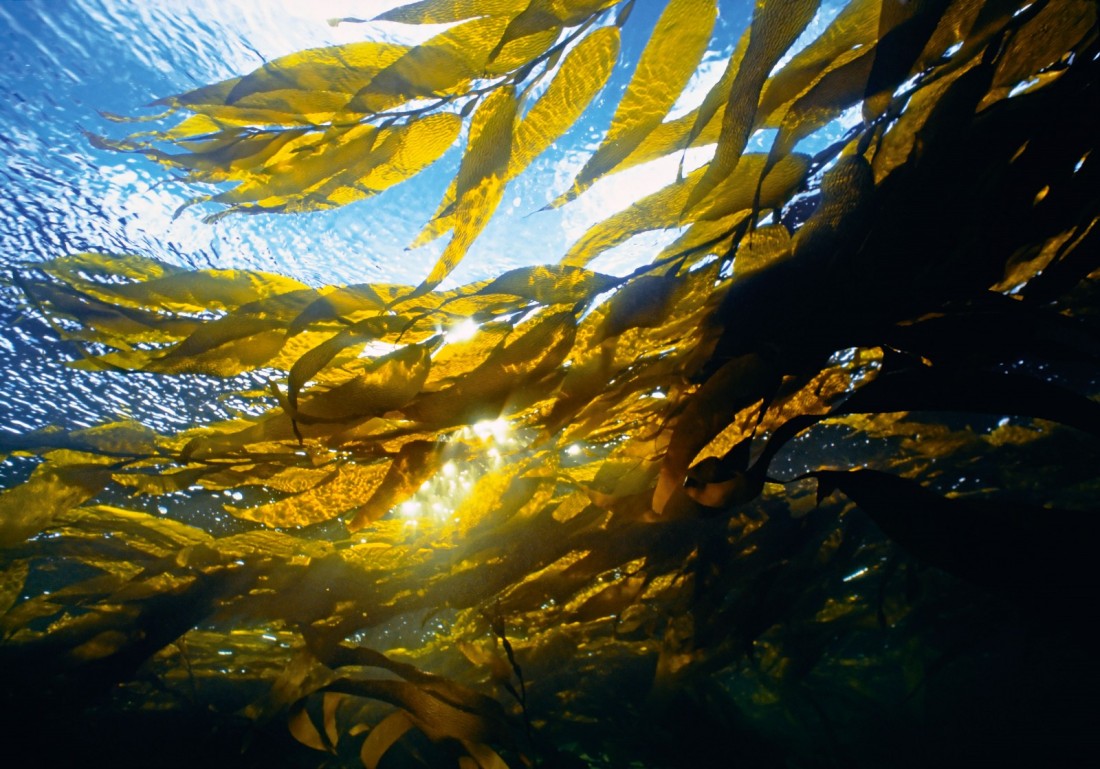 The area of the South Pacific Ocean between New Zealand and South America is at present ocean desert. In fact, it is the world’s largest ocean desert at around 37 million square km. It is far from any landmass and a lack of dust and minerals means there is very little life to be found. Growing a free floating kelp forest ecosystem in this area would transform it from a desert into a teeming mass of life as well as providing Carbon sequestration on a truly massive scale. I suggest that every kelp plant grown in this forest could be free-floating and attached to its own simple bamboo buoy, ( The Peel Technique ).

Growing the free floating kelp forest in this desert would remove giga-tons of CO2 and reduce the acidity of the water.

How would the approach work?. Vast forests of both bamboo and kelp will be required.  Land based bamboo plantations would be used to remove carbon dioxide from the atmosphere, produce oxygen and restore degraded lands. The bamboo plantations would also supply the kelp buoy production factories with the bamboo that they require. The bamboo buoys would be used to assist young kelp plants to float in deep ocean waters. The buoys would also carry the minerals that the growing kelp plants require to survive. 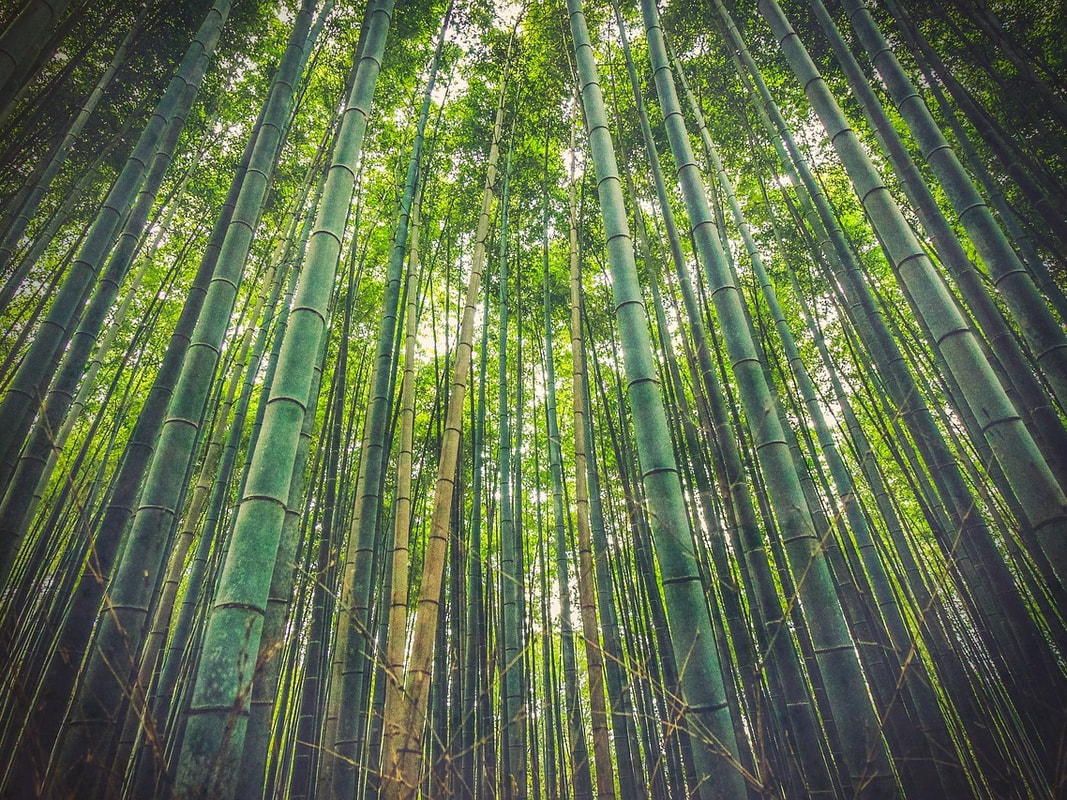 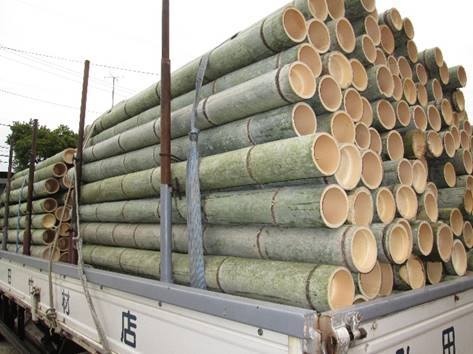 Photo above: A truck loaded with bamboo suitable for kelp buoy manufacturing.

How would the kelp buoy’s be constructed?

The photo above: The kelp buoy on the left has been sectioned to show minerals in the lower chamber.

Plantations of non-invasive clumping bamboo would be grown into large poles. To fabricate a single kelp buoy, cut a long pole into short sections, so each short section has two chambers. The top chamber becomes a float and the lower chamber is filled with minerals for the growing plants. Roughen up the surface of the bottom section to allow the kelp plant to grip the bamboo. Drill a 30 mm hole into both sides of the lower chamber and pump in the minerals and leave them to set. Leave the holes open to allow seawater to flow in and flow out.

How would the kelp growing process work?.  I suggest that once prepared the bamboo buoys would be shipped by bulk carriers from all over the globe. At selected points off the Otago coast of New Zealand, the freighters would rendezvous with tender vessels and the juvenile kelp, transferred onto the freighters. 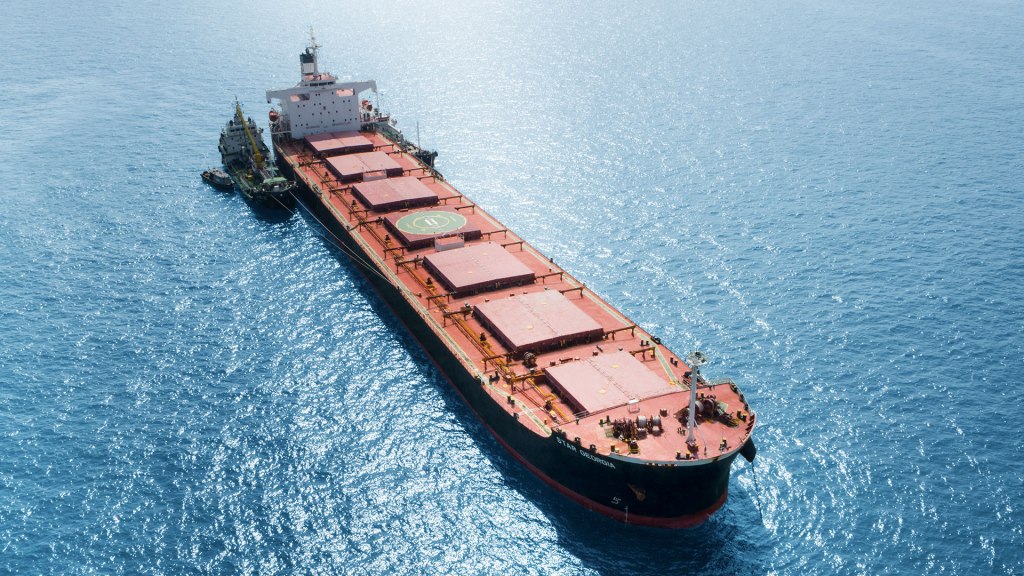 Automated machines unloading the freighters would attach the juvenile kelp and then discharge the kelp buoys into the ocean.   The bamboo buoys and young kelp would then be carried east by the currents toward South America. 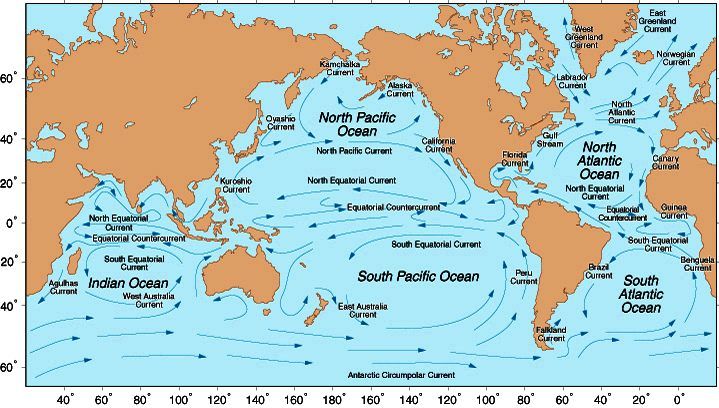 On their long sea voyage, the kelp plants would grow and gather up into large kelp paddies or long ribbons depending on the currents and the wind. I suggest that as they travel small trace element amounts of minerals would leach from each of the kelp buoys, the leaching minerals would be shared with other kelp plants and phytoplankton. I consider this a better approach than wholesale ocean fertilization as there would only be enough minerals to supply the kelp plants with the necessities of life and also to encourage the growth of phytoplankton in a controllable manner. The minerals always being close to the plants. The encouragement of phytoplankton growth, would support an entire ecosystem from zooplankton up to whales. This phytoplankton growth would be concentrated around the growing kelp. The kelp giving shelter and shade. 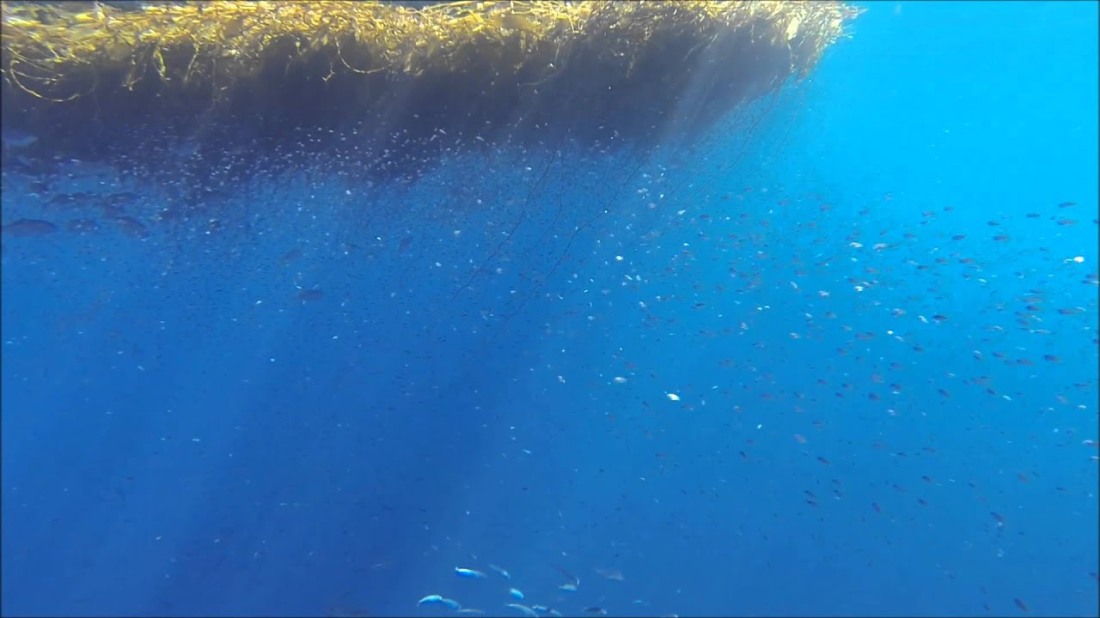 Nutrients from bird, fish and whale waste plus decaying organic matter would also feed the growing ecosystem. Once a kelp plant and it’s bamboo buoy sink to the ocean floor, marine snow from the teeming mass of life far above would eventually cover the kelp and bamboo, locking up the carbon that they were made from. This would effectively remove the carbon from the carbon cycle. As more kelp and bamboo sink, more carbon would be locked away, this would allow more carbon from the atmosphere to be absorbed by the ocean and so the process would be repeated over and over.

Standard ocean fertilization as conducted in scientific tests so far is the intentional adding of soluble iron or fertilizers into or onto the ocean’s surface water. This does encourage plankton growth in the form of algae blooms, these blooms can grow to enormous sizes and be seen from space. Unfortunately little of the carbon from these algae blooms may reach the ocean floor as the phytoplankton are eaten by zooplankton before they can descend to the depths of the ocean. Fish, in turn, eat the zooplankton and much of the carbon ends up as fish poo. This means that some or a lot of the carbon may re-enter the atmosphere or stay in the surface waters. Using the system that I am describing means most of the carbon will or should reach the ocean floor as there is little chance of zooplankton eating a sinking kelp plant and a waterlogged bamboo buoy as they descend into the abyss. 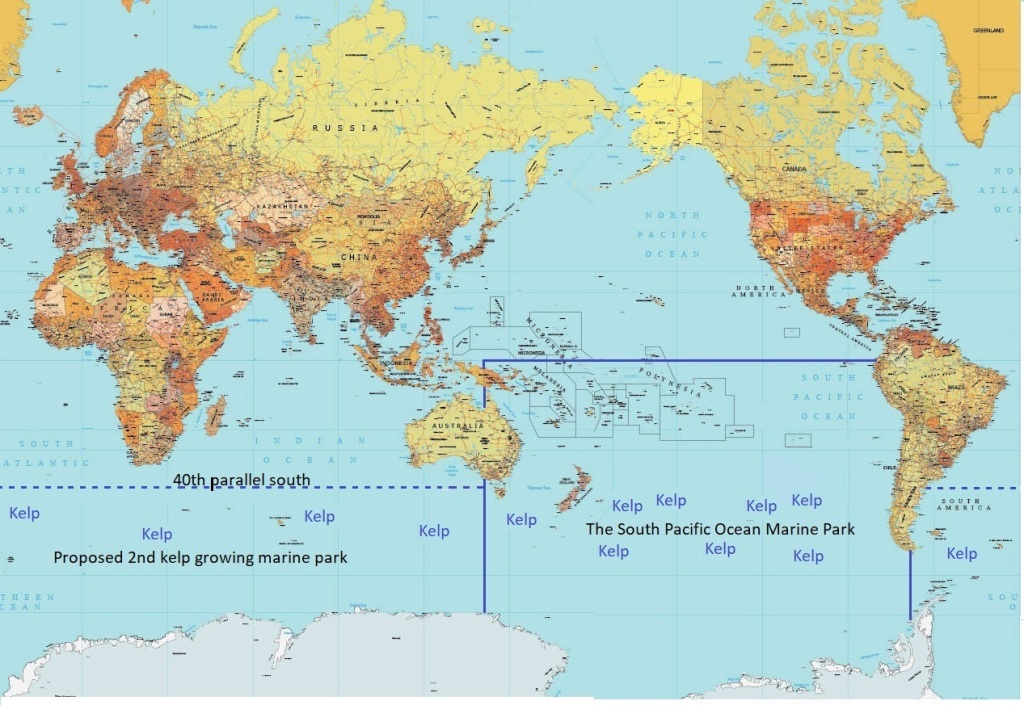 A signed global treaty would be needed to give complete protection to this area. I suggest that this protected area be to the high tide mark of all shore lines within or any shorelines that are bordering the park and that a co-operative of all the countries within or bordering the Park control the operations.  Ongoing employment, associated with the marine park, would compensate for not being able to exploit the natural environment. This would be such things as, Aquaculture. Tourism. Management. Scientific monitoring. Logistics. Supplies. Shipping. Maintenance. Accommodation. The growing of bamboo and juvenile kelp.                       ( Photo’s: Modern bio-fuel plants ). 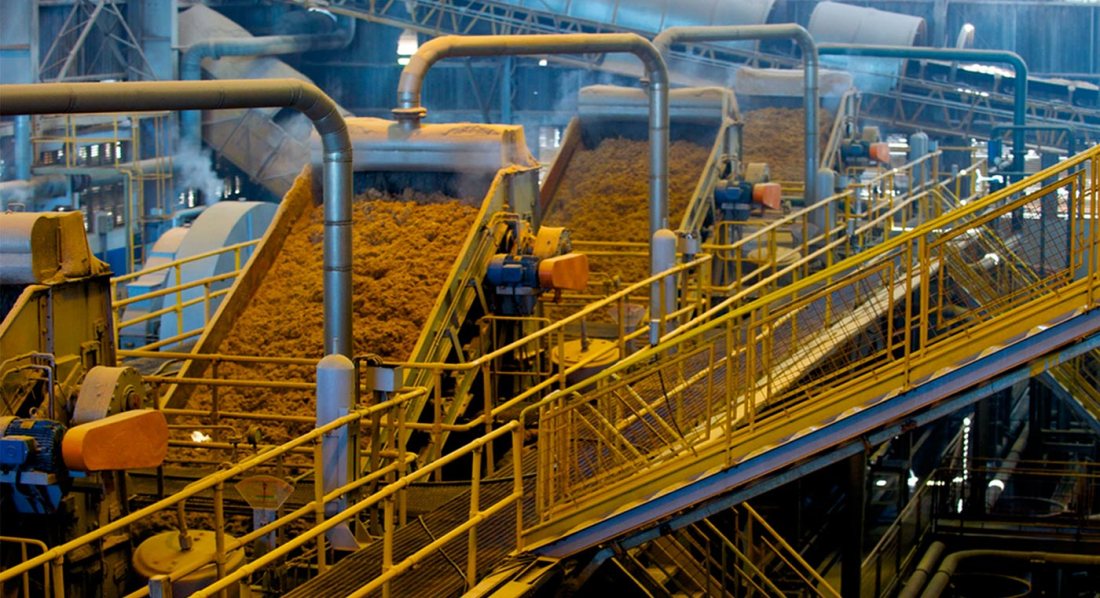 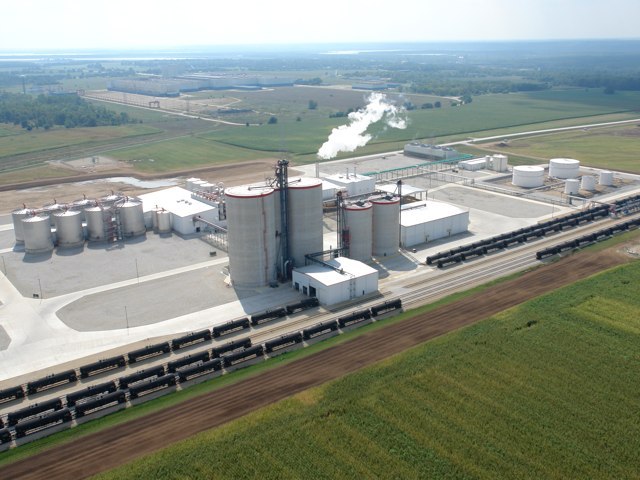 The harvesting of kelp. The production of bio fuel’s, kelp extract, fertilizers and fish food. Inspectors, rangers. Pest management. Re-establishing ecosystems etc. I suggest that the countries of the South Pacific Marine Park continue to have the same territorial waters but would need to commit to the marine parks rules of operation.

Harvesting kelp.  Fragile ecosystem’s exist in the waters of Chile and Peru so I imagine that constant removal of the kelp would be needed in some area’s. Plastic polluted kelp and kelp drifting into sensitive areas would need to be harvested. Once separated from the plastic’s the kelp could be used for bio-fuels, fertiliser, food for fish and abalone farms etc. It isn’t hard to imagine these industries becoming the largest employers in Peru and Chile in the very near future. These harvesting ships, processing plants and the aquaculture facilities would replace jobs from the defunct fishing industry and would be more stable and sustainable employment in the long-term. Continuous Scientific monitoring of the ecosystem, seabed and the atmosphere would be needed and ongoing.

The scale of the operation and PH / water acidity.

I suggest that the scale of the operation and the locking away of the carbon would equate to having many more Amazon rain forests to help in our battle to save our planet.  Restoring the PH of the ocean water would greatly benefit all marine life, specially crustaceans and corals. I also suggest that this would be particularly beneficial to the Coral reefs and islands in the south Pacific and the great barrier reef as restored surface water would travel back from the kelp growing region with the Humboldt (Peru), equatorial and then the east Australian currents before travelling across the Tasman sea to the west coast of New Zealand.

To save our oceans is to save ourselves.

Our oceans are a living breathing world that have in the past supplied us with 70% of our oxygen. Warming water, ocean acidity, fishing and pollution, they are all taking their toll. Surly the warming of the oceans waters, the increasing acidity, the plastic pollution and the removal of 80 million tonnes of fish annually from the oceans is the worst type of geo-engineering that is imaginable.      If these things are not restored very shortly it will spell the end of most life in our ocean’s.